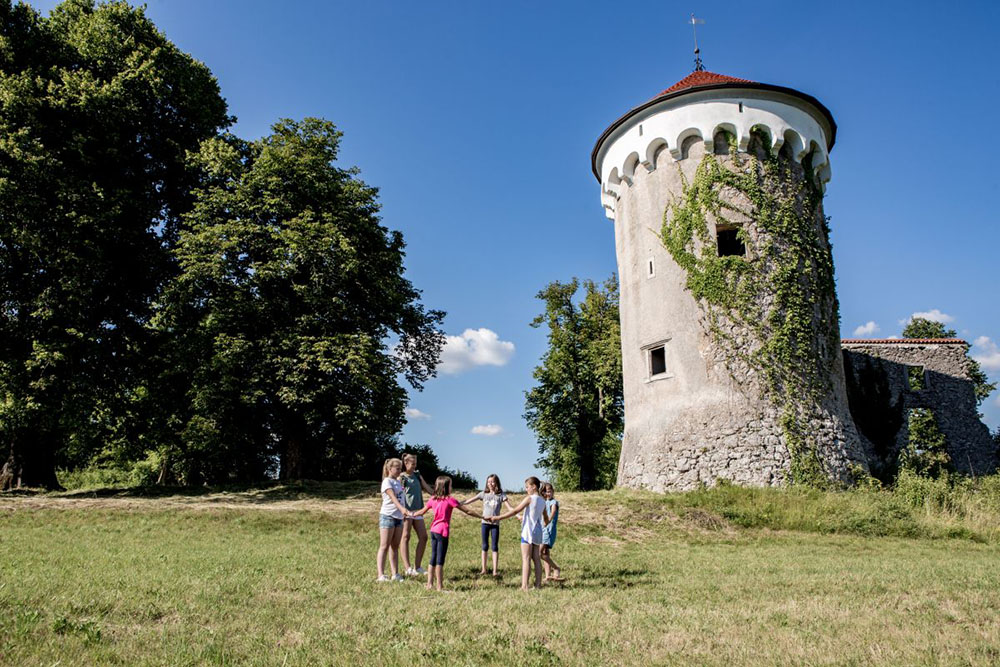 Kalc Castle (pron. “kalc” or “kauc”) is located near Zagorje in the Pivka valley, not far from the source of the Pivka River. The castle, of which only the tower remains today, stands on the slope of the bank, which is 618m high.
The original castle, which was presented in Valvasor’s Glory of the Duchy of Carniola, was built in the 17th c. by the Steinberg noble family. Later, the ownership was taken over by the Auersperg family and last but not least by the Slovene composer Miroslav Vilhar, who also died there. After World War I, the castle began to collapse.
Today, the Krpan hiking trail leads past it. The tower and the ruins of the castle stand in a plantation of old linden trees, and a chestnut avenue leads to it.